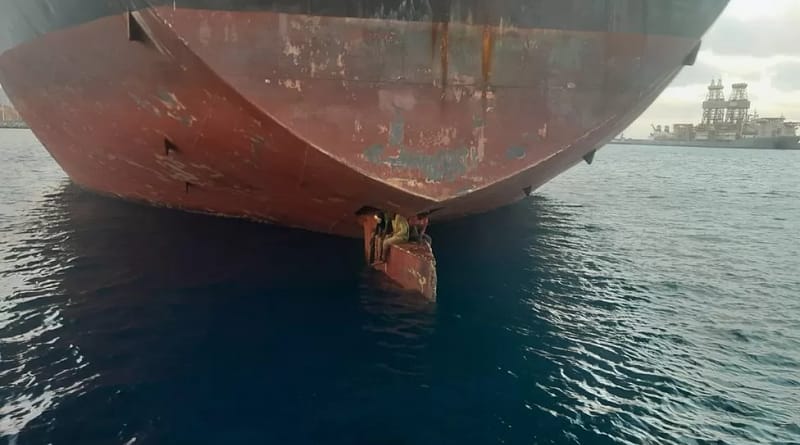 Three stowaways have been found sitting on the rudder of a ship after it completed an 11-day voyage from Nigeria, Spanish authorities say.

A photo shared by the coastguard shows the men sitting on the rudder at the oil tanker’s stern, their feet less than a metre away from the water.

They were taken to hospital at the tanker’s destination in Gran Canaria and treated for moderate dehydration.

It’s unclear if they spent the entire journey perched on the rudder.

The Maltese-flagged Althini II arrived in Las Palmas, Gran Canaria, from Nigeria’s largest city Lagos – a journey of more than 2,700 nautical miles – according to data collected by maritime tracking websites.

The men were seen by medics at the dock where they were found, and were taken to hospital soon after, the Spanish news agency EFE said. 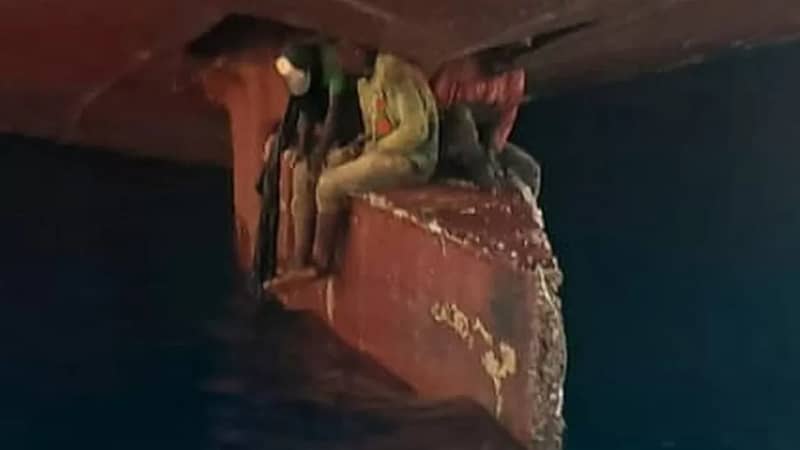 This isn’t the first time stowaways have been found on rudders, which are large blade-like fins found under ships and used for steering.

A 14 year-old boy who also travelled from Lagos to Gran Canaria in 2020 told the paper El Pais that he spent the entire 15 day journey on the rudder of a huge fuel tanker. He was hospitalised upon arrival, after surviving on salt water and taking turns sleeping in a hole above the rudder with the other men he was travelling with.

“We were very weak. I never imagined it could be this hard.” he said.

In another incident the same year, four men were found on the rudder of the Norwegian oil tanker, Champion Pula, after it had travelled from Lagos to Las Palmas. Reports at the time said the men hid in a room behind the rudder during its 10 days at sea.

The number of migrants crossing on boats from west Africa to the Spanish-owned Canary Islands has risen significantly in recent years.

The journeys are long, hazardous and deadly. In 2021, the UN’s International Organization for Migration (IOM) recorded 1,126 deaths on the route.