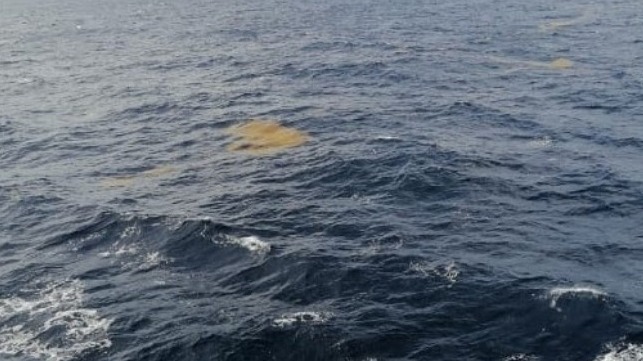 Successful tests were completed in a first of its kind effort that will leverage the resources of the shipping industry to map the global oceanic and coastal pollution. Not-for-profit organization Eyesea completed its first deep-sea pollution-mapping app test and now plans to extend the trials to more global trade routes and shipping companies.

The proof-of-concept readings using the prototype app were taken last month by crew members aboard one of Oldendorff’s dry bulk carriers sailing in the Atlantic Ocean off the east coast of Florida and by seafarers manning a vessel managed by Union Marine Management Services sailing near Guinea-Bissau and Senegal off the west coast of Africa.

In December 2020, the nonprofit organization said that approximately 60 commercial ships and several superyachts were preparing for sea trials of the beta version of its app which is a reporting tool allowing seafarers to collect and submit data on marine pollution by simply taking a photo and categorizing the pollution type. Images are then automatically GPS-tagged, anonymized, and vetted before being incorporated into a comprehensive database of pollution. Using the data, Eyesea will create detailed oceanic maps and charts made available free of charge to governments, clean-up groups, researchers, local authorities, and a range of other stakeholders.

“The successful tests by Oldendorff Carriers and UMMS show how easy it is for seafarers to help us accurately map global pollution by capturing observational data in the form of GPS-stamped pictures via our app. It literally takes less than 30 seconds to record a point of interest with the app,” said Graeme Somerville-Ryan, founder of the Eyesea initiative. “It’s now a case of scaling up by route and building up the data so we can start producing the detailed maps and charts that will support targeted clean-up action and allow for evidence-based policy decisions.”

According to Eyesea, 1.6 million seafarers on 70,000 ships can make a huge difference in the efforts to address ocean pollution. The crew of the UMMS and Oldendorff vessels tested the Eyesea app on company-issued phones and personal devices. The data points were collected offline, with delayed uploading of data through vessel Wi-Fi.

“We were a little overwhelmed by the support we received from the crew,” said Somerville-Ryan. “A few people had told us that the crews would be too busy to help or care, but a couple of ‘old sea dogs’ told us not to underestimate seafarers. And indeed, the feedback we received from the masters involved was truly humbling. These guys care about the ocean, and they are worried about what is going on and how pollution is impacting marine life and the environment which, of course, is their workplace and home.”

While the goal of the first tests was proof of concept and collecting a few data points, the tests on the Oldendorff bulker already yielded actionable data. The crew managed to take a picture of a Sargassum seaweed bloom says Somerville-Ryan explaining that these blooms wash up on beaches and need to be removed.

The first at-sea tests followed five months of testing on land and the app worked exactly as planned. Testing is now being extended to a wider range of commercial vessels covering more trade routes. In the coming months, a number of recreational craft and community volunteers around the world will also be issued with the Eyesea app. Following this testing period, the app will be further refined and then made available to the public. 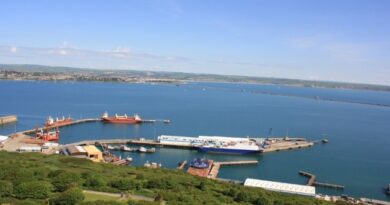 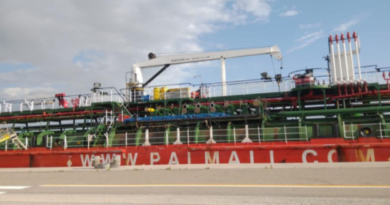