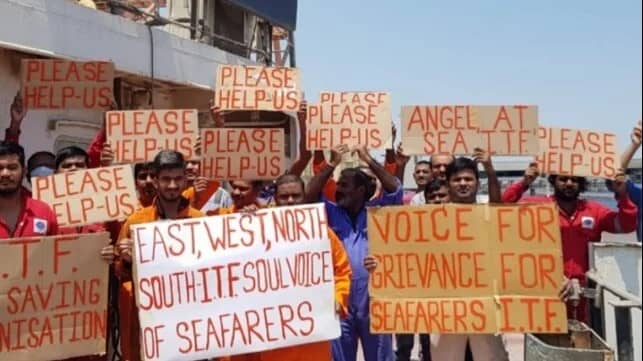 IMO and ILO Sound the Alarm on Increase in Abandoned Seafarers, Call for New Protocols

Faced with a dramatic rise of crewmembers being abandoned over the past few years, the International Maritime Organization working with its sister UN group, the International Labor Organization, adopted a new series of guidelines to better ensure that flag states are fulfilling their obligations. The actions came during the first meeting of a new Tripartite Working Group established by the groups to better address the problem of seafarer abandonment.

The organizations highlighted the dramatic rise in the abandonment of crew reported to the ILO despite the existing rules primarily under the Maritime Labor Convention designed to provide for the welfare and repatriation of all crewmembers regardless of the circumstances. Current rules call on flag states to check on the financial security of the operator and if the operator defaults flag state should step in to complete the repatriation.

Despite all of these systems, the ILO says that reports of abandonment have surpassed 114 cases as of mid-December this year. That is up dramatically from a historic average of fewer than 20 cases each year between 2011 and 2016. By 2019, the ILO says the number of cases had doubled and during the pandemic in 2020 and 2021 more than doubled again. Similarly, the NGO RightShip estimated as of June 1, 2022, the total number of seafarers who have been abandoned worldwide over the last 20 years, stood at 8,820 people, on 628 vessels. The International Transport Workers’ Federation intervenes in the cases and highlights individual instances as it also seeks to call attention to the rise in hardship cases.

The new guidelines agreed upon in the ILO-IMO meeting set out additional procedures to be taken by states if a shipowner fails to fulfill their obligations, including arranging and paying for crew to return home at the end of this contract. It also includes unpaid wages or other contracted entitlements such as medical care as circumstances used to define when a seafarer is considered abandoned. The new guidelines call for the states along with the shipowners and seafarer organizations to define the liabilities and obligations and the roles to be played by the various stakeholders in a standard operating procedure.

They also are encouraging flag states to verify at least annually the validity of the financial security. Port states are also encouraged to perform the checks during port state inspections of foreign vessels. States, where recruitment and placement services operate, are also calling upon them to regularly verify that those services include a system to ensure the protection of the seafarers they recruit and place.

In addition to providing for the new standard operating procedures to be developed by member states, the meeting also discussed the importance of the joint IMO-ILO database related to abandoned seafarers. They agreed on the need to update and improve the database.

The new guidelines draw on relevant ILO international labor standards, notably the Maritime Labor Convention, as well as an earlier joint ILO-IMO resolution adopted in 2001, They also incorporated relevant IMO international frameworks and agreements and relevant trends and developments in regional and national law and practice. The outcomes of the meeting will be reported to the ILO Governing Body and IMO Legal Committee in 2023. 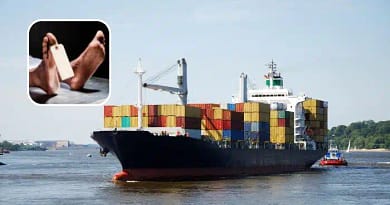 Tragedy at Sea: Crew Member Passes Away Aboard Vessel in Bluff