Australian authorities have detained a bulk carrier following complaints of unpaid wages and refusal to provide access to the shore for the seafarers as well as not providing crew changes in a timely fashion. Representatives of the International Transport Workers Federation (ITF) uncovered the violations of the maritime labor conventions and reported them to the Australian authorities for enforcement.

The Australian Maritime Safety Authority (AMSA) reviewed the information provided by the ITF and detained the bulk carrier Costanza at the Kooragang 10 wharf in the port of Newcastle. The vessel 96,672 dwt vessel, registered in Panama, arrived in Australia on November 8 coming from Japan.

According to the ITF, the 21 crewmembers aboard the vessel are due back pay dating from August through October. After speaking with the crew and reviewing the records, the IFT contends the crew was underpaid by about 20 percent and is due US$48,600.

Further, ITF inspector Dan Crumlin, who boarded the bulk carrier and spoke to the crew, said that while Australia lifted COVID-era restrictions almost three months ago, some of the crew have not been off the ship in almost 11 months. The ITF believes the ship is in violation of the MLC clauses that require shore leave and crew changes.

“We took our findings to AMSA as is the procedure and they have upheld our view and detained the Costanza until those wages are paid. We’re looking into why the crew of the Costanza believed – or were told – that shore leave was still banned in Newcastle when that’s simply not the case,” said Crumlin.

AMSA regularly conducts enforcement against vessels that it finds to be in violation of the labor contracts. They have repeatedly detained ships and also banned ships from Australian waters for labor violations.

The Costanza will remain detained in Newcastle until the crewmembers have received their wages. AMSA will also require that the crewmembers over their contracts be relieved by a replacement crew before the ship departs for the return journey to the Japanese port of Hitachinaka.

The ITF is using this case to call attention to a joint report it released with the Australia Institute that contends that underpayment of crew and poor working conditions is endemic in the shipping industry. According to the report, between US$28 million and $54 million per year in wages and other monetary entitlements for international seafarers are lost on ships visiting Australian ports. They report the losses averaged $42 million a year over the past 10 years for ships calling in Australian ports.

ITF conducts about 425 inspections per year in Australian ports. They said that about 70 percent of the inspections result in a determination of underpayment or non-payment of wage entitlements

“Because of the legal vacuum governing international marine traffic, a lack of resources and attention for enforcement by national regulators and the corporate strategies of shipping companies and their customers, seafarers are subject to some of the worst exploitation and abuse of any occupation in the world economy,” states the report.

The report concludes that Australia has a responsibility to protect and lift the labor standards of the maritime industry. They call for more enforcement and new regulations to protect seafarers on vessels operating in Australian waters.

The report was released as the new Australian government has promised to launch a renewed national merchant fleet. The government recently formed a task force to study the maritime industry and make recommendations next year for what the government calls Australia’s strategic fleet. They plan to add at least a dozen ships that would double the size of the national merchant marine in an effort to better protect the country’s supply chains and trade from future disruptions similar to the pandemic and protect against geopolitical risk. 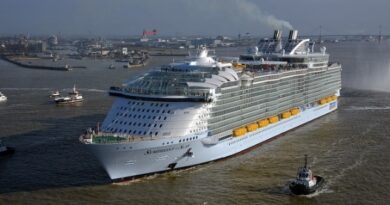