The prize was presented at the annual IMO Awards Ceremony held on 6 December in London and streamed online. The event also honoured exceptional bravery at sea. IACS and the Government of the United Kingdom of Great Britain and Northern Ireland nominated Mr. Sadler for the prize, which is awarded annually to the individual or organization judged to have made a significant contribution to the work and objectives of IMO.

Mr. Sadler has had an illustrious maritime career, during which he served as a surveyor for the UK Maritime and Coastguard Agency, represented the United Kingdom, then later IACS at IMO meetings and acted as a Governor of the World Maritime University (WMU). During this time, he built a reputation as an individual dedicated to ship safety.

He has voluntarily delivered academic lectures to students and maritime industry organisations in the UK and overseas on the IMO and the roles of classification societies and recognized organizations. Mr. Sadler’s work at IMO and his advocacy for robust, pragmatic, and effective maritime regulation was recognized with a Distinguished Public Service Award, awarded by the United States Coast Guard in 2017.

Accepting his award, Mr. Sadler said, “I firmly believe I am only receiving this award because of all the talented, inspiring, and dedicated people I had the good fortune of working with; not just in the UK’s Maritime and Coastguard Agency and IACS, but also here at the IMO.

Addressing the audience, which included representatives from Member States, he added, “I believe it is not just that the IMO is needed to facilitate global trade that spurs you, year after year, to prepare carefully for and actively participate in IMO meetings. It is also that, when you go home to your loved ones after an IMO meeting, you know you have played a vital role in getting all those who ‘go down to the sea in ships’ safely home to their loved ones.”

Mr. Sadler was presented with his award in the form of a dolphin sculpture. 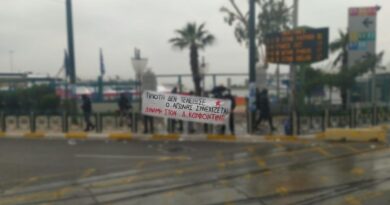 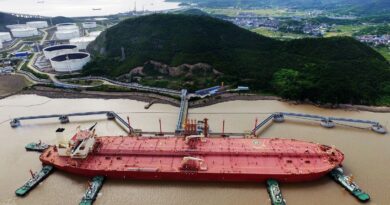