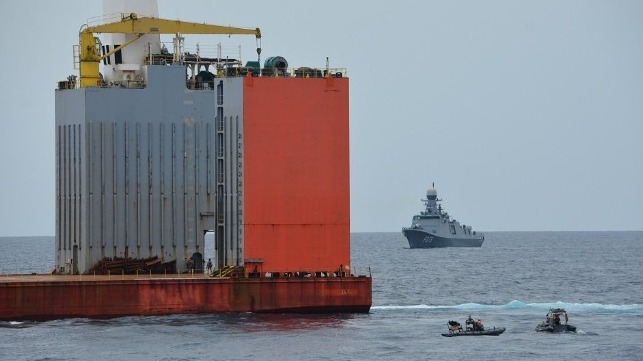 Dryad: International Inaction Breeds Piracy in the Gulf of Guinea

The international community is on the spot for slow action against the rising menace of piracy in the Gulf of Guinea, which has become the most dangerous environment for commercial maritime operations in the world.

In its 2021 annual report, British security intelligence firm Dryad Global suggests that large international organizations such as the United Nations, NATO and the European Union have been conspicuously absent in offering tangible solutions to piracy in West Africa. The international bodies, together with coastal West Africa states, have largely failed to implement frameworks that have the potential to significantly reduce maritime crime and piracy in the region.

Only the EU has demonstrated lukewarm action after developing a ‘Gulf of Guinea action plan’ in 2014, but it only committed to a pilot case of its ‘coordinated maritime presence’ security concept at the beginning of 2021, seven years later.

“The international community needs to provide the requisite leadership and assistance to the Gulf of Guinea states and to respond with programs of support that pay attention to the onshore crises that underpin piracy as well as the offshore piracy problem,” said Shannon McSkimming, Dryad Global analyst.

In the report, Dryad also contends that coastal West African nations have remained passive in tackling the problem by failing to implement frameworks like the Yaoundé Code of Conduct, the Lomé Charter and the ECOWAS Integrated Maritime Strategy.

The frameworks were developed with the aim of promoting information sharing and reporting, interdicting suspicious vessels, ensuring apprehension and prosecution, harmonizing national legislation, guaranteeing resources to maritime security and safety, and state responsibility to patrol the anchorage areas, among others.

“While the Gulf of Guinea remains the most dangerous environment for commercial maritime operations, it remains vital that implementation of these supranational measures be held to account,” said Dryad.

The Dryad report shows that pirate operations in the Gulf of Guinea continue to present a serious and persistent threat to the safety and security of crews and vessels, with 136 seafarers abducted in 27 incidents in 2020.

Most worrisome is that attacks are becoming increasingly violent, with the use of guns reported in over 80 percent of kidnapping incidents last year. Overall, 132 incidents that included robbery, kidnapping, violent armed boarding and hijack were reported in 2020.

“International intervention is largely called for to support the fledgling efforts of regional states, particularly in the areas of offshore enforcement, capacity building and onshore development,” said the report.

While West Africa remains a hotbed of piracy, only 36 incidents occurred in the entire Indian Ocean, of which none were tangibly linked to issues of piracy. 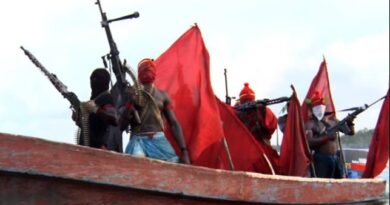 Nigeria Plans to Add Boats and Aircraft to Combat Piracy