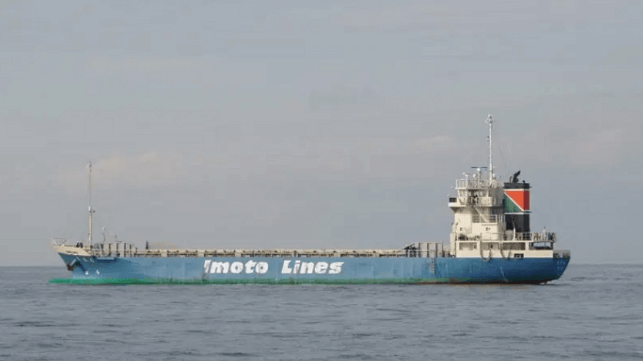 On Wednesday, a Japanese cargo ship struck and sank a fishing vessel in the Seto Inland Sea, on the approaches to Osaka.

The Imoto Lines container feeder Tamon, a 1,500 dwt vessel with a capacity of about 100 TEU, was under way on a voyage from the small port of Ube to the port of Kobe. At about 0730 hours local time on the 21st, she was passing off the coast of Awaji Island and making about 11 knots, according to AIS data provided by Pole Star. The weather was clear, with calm surface conditions and waves of less than a foot in height.

According to Radio Kansai, at about 0745 Tamon collided with the fishing vessel Gungemaru, a small vessel owned by a local cooperative association. The Gungemaru had one person aboard, a 79-year-old fisherman. He survived the collision without injuries and was rescued by a passing good samaritan vessel.

The fishing vessel sank, but the much larger container feeder was unharmed. Tamon sustained some rub marks and rail damage on the port bow but otherwise showed little evidence of the collision.

Tamon drifted for several hours before completing her commercial voyage to Kobe. She then turned around again on her regular rotation, bound for the western end of the Seto Sea once more.

The Japan Coast Guard is investigating the circumstances of the collision. 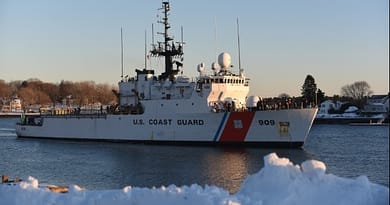