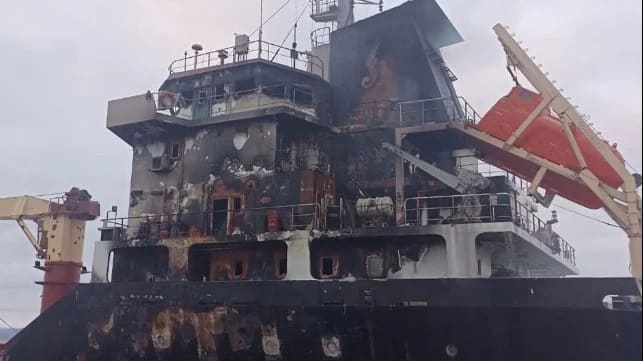 Turkish authorities and a local fishing boat responded to reports of a dry cargo ship on fire approximately five miles off the coast of Turkey. The crewmembers were rescued with several taken to a local hospital while the captain of the vessel, an Egyptian, is reported missing and believed to have either died in the fire or possibly drowned after jumping from his burning vessel.

There was some initial confusion over the identity of the ship with local officials in Sinop in northern Turkey first reporting that it was a Maltese-flagged vessel and using an alternate name. The General Director of Maritime Affairs at the Ministry of Transport and Infrastructure however later identified the vessel as the Panama-flagged Beata. Equasis lists its manager as the Malta-based Intercoastal Shipping Company. 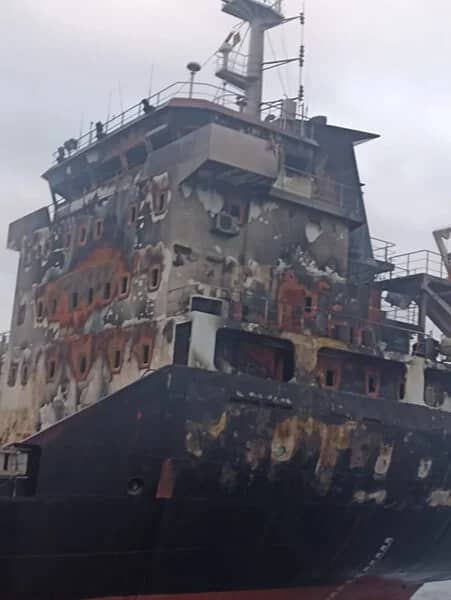 AIS data shows that the 92,00 dwt cargo ship was sailing from Constanta, Romania to the Turkish port of Trabzon on the eastern coast of Turkey along the Black Sea. The 21-year old vessel has a spotty safety record.  Inspection reports on the Equasis database show the vessel was detained in late 2021 in Greece and held for nearly six months with 18 deficiencies. Among the grounds for detention were problems with the fire pumps, fire damper remote controls, problems with the fire fighting equipment, unsafe electrical conditions, and problems with the auxiliary engines which were listed as “not as required.” Before that, in June 2021 an inspection in Jordan identified 11 issues although none were cause for detention.

The source of the fire is unknown although some local sources are suggesting there was an explosion. The fire was reported at around 20:30 local time on December 20. A fishing boat assisted with the evacuation with 16 of the 17 aboard recovered and transferred to Sinop. Reports said at least three of the crew suffered from burns but other reports said as many as 10 of the crew were injured. The captain was officially listed as missing, but the Sinop Governor’s Office is reporting that the captain of the ship is considered to have lost his life.

The fire appears to have been contained in the area of the bridge and accommodations. Today, the Ministry of Transport sent a tug equipped with firefighting equipment to cool the vessel. After being abandoned by the crew, the vessel drifted for up to 15 miles. In the last report, it was said to be offshore near Gerze, Turkey, east of Sinop. The General Directorate of Maritime Affairs said that a salvage plan would be clarified with the ship’s authorities.