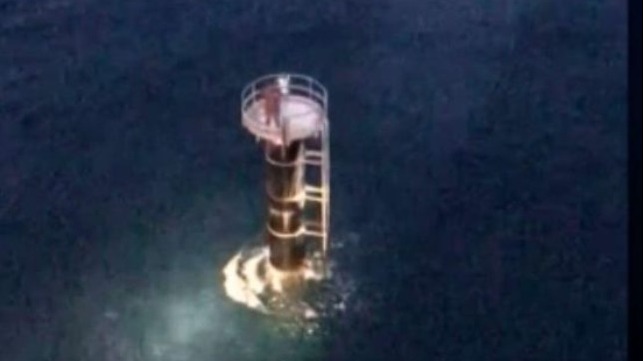 Australia’s emergency services rescued a boater found atop a channel marker several hours after he fell off his pleasure craft along Australia’s Sunshine Coast. A bit embarrassed, but thankful for the rescue, the 64-year-old who was reported to be an experienced sailor also credited a passing containership for helping in his rescue.

The rescue efforts began when an empty cabin cruiser washed up on a beach on Bribie Island in Queensland on the afternoon of December 29. Lifeguards on the beach inspected the ship and found that its motor was still running. On board they found a dog and discovered a cell phone.

The emergency services responded to the report of the beached craft at around 4 p.m. They then used the cell phone and the last call made on the phone to approximate the location where they believed the owner might have fallen overboard. 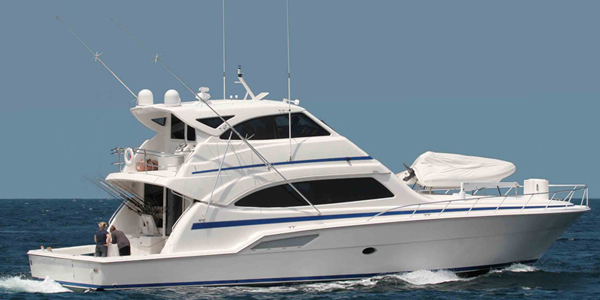 ABC News Australia reported that a Surf Life Saving Queensland jet skier, a Westpac Life Saver Rescue helicopter, water police, and coast guard members all joined in the search. The authorities said six or seven boats and two helicopters with more than 30 people in total were searching the waters for any sign of the owner of the vessel. They also alerted other vessels in the area to be on the lookout for a possible man overboard.

They were unsuccessful in their search until a passing containership sailing in the channel alerted the rescuers to check one of the markers. There a police helicopter spotted the man atop of the marker where he had been trying to attract the attention of passing ships. They estimated he had been on the marker for at least three hours.

The man later told his rescuers that he was sailing in Moreton Bay north of Brisbane, Australia when he was knocked overboard by a sudden wave. He said his dinghy had come loose and he was trying to secure it when the wave hit sending him tumbling overboard. Unable to get back aboard his vessel he attempted to flag down other passing boats, but they did not see him in the water. The authorities also said it was his bad luck that the nearest beach was empty with no one around to see him in the water.

Not sure what to do next, the sailor decided to swim to the nearest channel marker which turned out to be more than a mile away from where he entered the water. He pulled himself up the ladder and climbed to the top of the marker.

Several ships passed him by as he attempted to attract their attention. As it grew dark, he decided to attempt to send an SOS by using his hands in front of the light atop the marker. One of the passing containerships spotted his attempted distress calls and alerted the emergency authorities to check the marker.

A spokesperson for the Sunshine Coast water police told the local media that it was one of the more unusual cases they had seen, but happily the man other than some minor injuries was in good health. 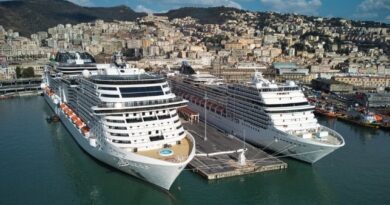