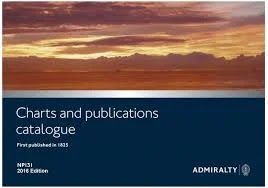 The purpose of the Chart Correction Log is to provide the mariner with an easy to use administrative facility for maintaining a documentary record of chart corrections to a chart outfit. It also provides an authoritative document which helps to assist maritime authorities in the auditing of the mariner’s chart outfit. It is vital that an up-to-date record of all corrections affecting all charts is held. This links with ISM (International Ship Management) Codes and SOLAS (Safety of Life at Sea) legislation and forms the basis of good and safe practices followed by the majority of seafarers. NP133A lists charts numerically and is used to record corrections (by their Admiralty Notices to Mariners number) against any chart affected.

is divided into two sections:

is used to record: receipt of chart outfit/folio Admiralty Weekly Notices to Mariners received and acted on.

is used to record which New Charts and New Editions are published.

is divided into three sections:

is used to record Admiralty Notices to Mariners affecting Admiralty Navigational Charts in the 1 to 5000 Series.

You may be intrested in
Chart Folio System onboard ship

This document does not attempt to teach you how to correct your charts.
It is assumed that you are able to plot from the text of an Admiralty Notice to Mariners and that you know how to position correctly.
The essential points of good chart correcting practices are covered in NP294 ‘How to Correct Your Charts the Admiralty Way’.
a) On receipt of the ship’s chart outfit/folio
i) In Part 1, Section 1 an entry should be made as to when the chart outfit/folio was supplied and corrected to the relevant Admiralty weekly Notices to Mariners’.
ii) In Part 2 insert in the Notices to Mariners column the number of the latest Notices to Mariners including year (eg 99/378) for which the chart outfit/folio has been corrected before supply and then close the space by drawing a vertical double line.
iii) If necessary, insert the number of the folio in the folio number column in ink.
b) On receipt of a weekly edition of Admiralty Notices to Mariners In Part 1, Section 1 record in the table (in ink) copies of the weekly Admiralty Notices to Mariners received and checked on. In Part 2 of the log the following should be recorded:
i) From the numerical index of charts affected at the front of the weekly edition, insert (in ink) the numbers of the Notices affecting those charts held,
ii) Where entries continue from one year into the next, enter the New Year date in ink of a distinctive color after the previous year’s last Notices to Mariners number,
iii) Enter Temporary and Preliminary Notices in pencil and rub out when cancelled,
iv) Enter any relevant information in the Navarea Warnings column. When you are satisfied that you have correctly followed the instructions of the Weekly Admiralty Notice to Mariner’s correction (and only then) write the NM number in the bottom left hand corner of the chart as a record of the completed correction. It is risky to write the correction number on the chart before doing the correction. Now you can cross through the Notice to Mariner’s number adjacent to the chart in the Log.
c) Publication of New Charts (NC) and New Edition of Charts (NE) In Part 1, Section 2 of this Log enter publication details of new charts, new editions (shown in Section II of the weekly Admiralty Notices to Mariners) applicable to the chart outfit held. On receipt of the charts complete the date of receipt column. In the space provided enter any Notices to Mariners affecting the chart prior to the date of its receipt. Upon receipt of the chart, transfer the relevant details to the chart’s numerical position in the main part of the log. Clearly mark the chart as ‘Cancelled (with NM number), use with Caution’, and do not permanently correct cancelled charts. On receipt of a New Chart (NC)
i) If necessary, insert the number of the folio in the folio number column in ink.
ii) Insert in the Notices to Mariners column ‘NC’ and the date it was published and then close by a double line. On a receipt of a New Edition of a chart (NE) Insert in the Notices to Mariners column ‘NE’ and its date and close the space by a double line. As a result of the publication of a NC or NE, certain charts of the same geographical area may be cancelled and withdrawn. It is important that you destroy or permanently remove the cancelled copies as soon as you receive the new copy. 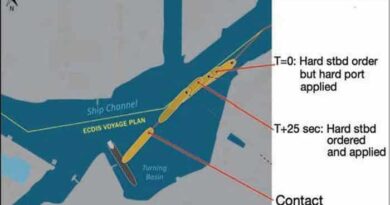 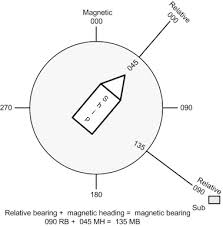