Ahmedabad: Two merchant vessels – Aviator and Atlantic Grace – collided n the Gulf of Kutch, raising fears of an oil spill. According to a defence official in Gujarat, the merchant vessels collided on November 26 night.

Following the collision of the two merchant vessels, Indian Coast Guard (ICG) ships were put on standby in the vicinity to monitor the situation.

The Atlantic Grace is 183 metres in overall length, while the Aviator is 140 metres in length. They are 32 metres and 25 metres in breadth.

The merchant vessels reportedly collided due to a navigational error.

The ICG in its statement said that its ships and a helicopter deployed for area assessment have reported no oil spills or marine pollution.

MV Atlantic Grace is of Hong Kong origin and had 22 Indian crew members on board, while MV Aviator from the Marshall Island had 22 members from the Philippines.

“ICG ships/helicopters deployed for area assessment have reported no oil spills or marine pollution from both the merchant vessels and the area is being continuously monitored for any marine pollution eventuality,” the Coast Guard said. 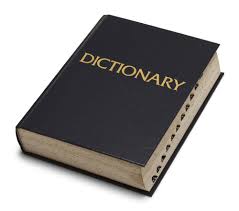