A Stella Maris port chaplain in Mauritius has provided pastoral support to the crew of a bulk carrier following the apparent murder of the ship’s captain. Fr. Jacques Henri-David went on board the Meghna Liberty on Saturday 27th November, to support the Filipino crew left traumatised by their colleague’s death.

“I held a prayer service, and the crew members were encouraged to speak about how the incident had affected them,” said Fr Jacques, who is the global maritime charity’s chaplain in Port Louis. “It was very poignant; but thankfully the service and blessing of the ship provided comfort and relief to them,” he added.

Media reports suggest that the chef of the 55,905 dwt Bangladesh-registered ship confessed to stabbing the captain while the vessel was sailing in the Indian Ocean. It has been suggested that there had been an ongoing dispute between the captain and the chef.

Following the cook’s confession, the ship’s officers were able to break down the door to the captain’s cabin. They found him lying in a pool of blood and attempted to revive him, but it was too late.

The vessel was diverted to Mauritius, arriving in Port Louis on 22nd November, where the chef was handed over to the police, the reports added.

Stella Maris understands that a new captain and chief cook were due to join the ship on Monday 29th November.

The charity will continue to track the vessel with a view to visiting it again at its next ports of call and providing continued care for the crew to help ensure that their emotional and pastoral wellbeing is supported.

Stella Maris is the largest ship visiting network in the world, with port chaplains and ship visitors in over 300 ports spanning 50 countries. This enables the charity to respond in a timely manner to support seafarers facing stressful and upsetting situations. 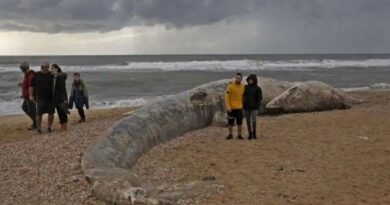