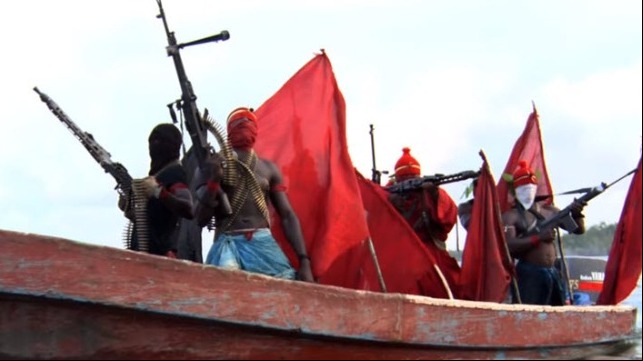 Nigeria Plans to Add Boats and Aircraft to Combat Piracy

Responding to the growing outcry over the increasing security risks for mariners in West Africa and the repeated reports of Nigerian pirates being at the center of the activity, the Nigerian government is reportedly taking actions to enhance security. The transport minister is speaking out saying his country will increase its efforts to improve security in the region.

According to a new report from Bloomberg, Nigeria will spend $195 million and with the help of an Israeli security firm will deploy additional boats and aircraft to increase surveillance in the region. Nigeria terminated an agreement with a local security company that had been supplying boats to patrol the anchorage off Lagos, and now plans to use its navy and the new resources as part of the increased effort. Bloomberg says that the Israeli company Blue Octagon did the analysis and obtained the equipment for the new efforts. The report says the new equipment will be deployed over the next three months.

The expanded programs come after the region reported a significant rise in activity late in 2020 which continued a multi-year increase in kidnappings between 2017 and 2020. The security analyst firm Dryad Global calculated that between 130 and 140 seafarers were kidnapped each year between 2018 and 2020 in the Gulf of Guinea.

“The West African maritime security situation is at a breaking point,” write Dryad in its 2020 annual report. “Seafarer’s lives are at risk from ever-increasing violent attacks and Nigerian pirates are operating with increased impunity.”

Dryad calculates that last year 136 seafarers were abducted in 27 incidents in the Gulf of Guinea region. In addition to the increasing frequency of attacks and the fact that the pirates are traveling further out into the shipping lanes, they also express concern over the increasing violence. Dryad reports guns were used in over 80 percent of the kidnapping incidents last year. The pirates have also become more aggressive once aboard the ships, including the recent effort to break into a ship’s citadel which resulted in one engineer being murdered by the pirates.

Nigeria is recognized as one of the better-developed countries with more resources and has already enacted programs both at sea and in the country designed to reduce the opportunities for piracy. However, Dryad also highlights that more needs to be done to reduce criminal activity. “Thus far, however, programs aimed at tackling the root of the issue through social-economic coastal development and community regeneration are limited,” concludes Casper Goldman an analyst at Dryad. In the annual report, he writes, “These types of programs are especially important because they prevent effective counter-piracy policy from resulting in a transition of criminal activity towards a different domain or the re-emergence of piracy elsewhere.”

After the rise of activity in the region in the last quarter of 2020, there was an increasing call from the shipping lines and European countries for new initiatives to combat piracy in the region. The EU proposed establishing a regional task force and using additional resources from Europe similar to the efforts in East Africa that were enacted to combat the Somali pirates. 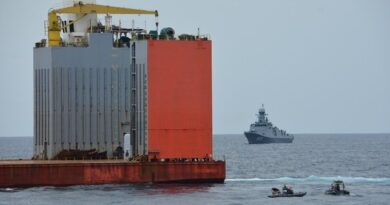 Dryad: International Inaction Breeds Piracy in the Gulf of Guinea