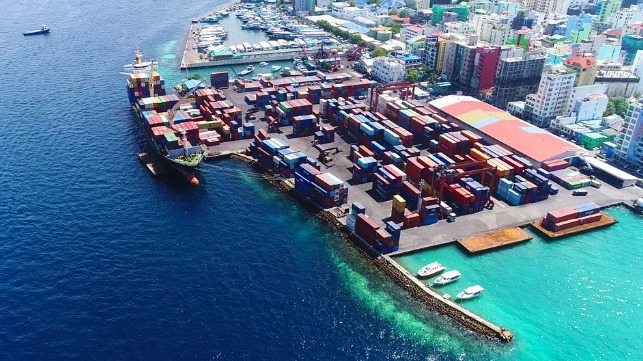 India’s geological location is so versatile that it has a coastline spanning 7516.6 kilometres. Around 95 per cent of India’s trading by volume and 70 per cent by value is done through maritime transport and there is a significant role of major ports of india to maintain this trading volume.

India is serviced by  total 200 ports out of which 13 are major ports (12 Government-owned and one private) and 187 are notified minor and intermediate ports.

Deendayal Port Trust, located in town of Kandla, is a seaport and town in Kutch district of Gujarat state in Western India, near the city of Gandhidham. Located on the Gulf of Kutch, it is one of major ports on the west coast. Kandla Port was constructed in the 1950s as the chief seaport serving Western India, due to the partition of India leaving the port of Karachi in Pakistan. The Port of Kandla is located on the Gulf of Kutch on the northwestern coast of India, some 256 nautical miles southeast of the Port of Karachi in Pakistan and over 430 nautical miles north-northwest of the Port of Mumbai. It is the largest port of India by volume of cargo handled. Kandla Port Trust, India’s busiest major port in recent years, is gearing to add substantial cargo handling capacity with private sector participation. The west coast port handled 7,223 crore (72,225 million) tonnes of cargo in 2008-09, over 11% more than the 6,492 crore (64,920 million) tonnes handled in 2007-08. Even as much of this growth has come from handling of crude oil imports, mainly for Essar Oil’s Vadinar refinery in Gujarat, the port is also taking measures to boost non-POL cargo. Last fiscal, POL traffic accounted for 63 per cent of the total cargo handled at Kandla Port, as against 59% in 2007-08.

The port will soon begin selecting developers for four clean cargo berths that together aim to handle 8 million tonnes of cargo. The four berths will be supported by a 14 m draft capable of handling 75,000 dwt vessels. The port has already received encouraging response from prospective bidders, for the project that is estimated to cost nearly ₹500 crore.

Kandla Port was renamed as Deendayal Port Trust under the India port act of 1908. The port is administered by the Paradip Port Trust (PPT), an autonomous corporation wholly owned by the Government of India.

Jawaharlal Nehru Port (JNPT) or JLN Port, also known as Nhava Sheva Port, is the largest container port in India. Located in Navi Mumbai’s Raigad district, this port on the Arabian Sea is accessed via Thane Creek. It’s a nodal city of Navi Mumbai. Its common name derives from the names of Nhava and Sheva villages that are situated here. This port is also the terminal of Western Dedicated Freight Corridor.

Visakhapatnam Port is one of 13 major ports in India and the only major port of Andhra Pradesh. It is India’s third largest state-owned port by volume of cargo handled and largest on the Eastern Coast. It is located midway between the Chennai and Kolkata Ports on the Bay of Bengal. Mumbai Port Trust (also known as the Bombay Port Trust) is a port which lies midway on the West coast of India, on the natural deep-water harbour of Mumbai (Bombay) in Maharashtra.The harbour spread over 400 square kilometres (150 sq mi) is protected by the mainland of Konkan to its east and north and by the island city of Mumbai to its west. The harbour opens to the south to the Arabian Sea. The port is administered by the Mumbai Port Trust (MbPT, formerly the Bombay Port Trust (BPT)), an autonomous corporation wholly owned by the Government of India. The port is primarily used for bulk cargo, while most container traffic is directed to Nhava Sheva port across the harbour.

Port of Kolkata or Kolkata Port, officially known as Syama Prasad Mookerjee Port Trust (Formerly Kolkata Port Trust), is the only riverine major port of India, located in the city of Kolkata, West Bengal, around 203 kilometres (126 mi) from the sea. It is the oldest operating port in India and was constructed by the British East India Company. Kolkata is a freshwater port with no variation in salinity. The port has two distinct dock systems — Kolkata Docks at Kolkata and a deep water dock at Haldia Dock Complex, Haldia. In the 19th century, the Kolkata Port was the premier port in British India. After slavery was abolished in 1833, there was a high demand for labourers on sugar cane plantations in the British Empire. From 1838 to 1917, the British used this port to ship off over half a million Indians from all over India — mostly from the Hindi Belt (especially Bhojpur and Awadh) — and take them to places across the world, such as Mauritius, Fiji, South Africa, Trinidad and Tobago, Guyana, Suriname, and other Caribbean islands as indentured labourers. There are millions of Indo-Mauritians, Indo-Fijians, and Indo-Caribbean people in the world today.

After independence, the port’s importance decreased because of factors including the Partition of Bengal (1947), reduction in the size of the port hinterland, and economic stagnation in eastern India.

It has a vast hinterland comprising the entire North East of India including West Bengal, Bihar, Jharkhand, Uttar Pradesh, Madhya Pradesh, Assam, North East Hill States and two landlocked neighbouring countries namely, Nepal and Bhutan and also the Autonomous Region of Tibet (China). With the turn of the century, the volume of throughput has again started increasing steadily. As of March 2018, the port is capable of processing annually 650,000 containers, mostly from Nepal, Bhutan, and India’s northeastern states.

Chennai Port, formerly known as Madras Port, is the second largest container port of India, behind Mumbai’s Nhava Sheva. The port is the largest one in the Bay of Bengal. It is the third-oldest port among the 13 major ports of India with official port operations beginning in 1881, although maritime trade started much earlier in 1639 on the undeveloped shore. It is an artificial and all-weather port with wet docks. Once a major travel port, it became a major container port in the post-Independence era. The port remains a primary reason for the economic growth of Tamil Nadu, especially for the manufacturing boom in South India, and has contributed greatly to the development of the city of Chennai. It is due to the existence of the port that the city of Chennai eventually became known as the Gateway of South India. The port has become a hub port for containers, cars and project cargo in the east coast of India. From handling a meagre volume of cargo in the early years of its existence, consisting chiefly of imports of oil and motors and the export of groundnuts, granite and ores, the port has started handling more than 60 million tonnes of cargo in recent years. In 2008, the port’s container traffic crossed 1 million twenty-foot equivalent units (TEUs). As of 2011, the Chennai Port was ranked the 86th largest container port in the world and there were plans to expand the capacity to about 140 million tonnes per annum. It is an ISO 14001:2004 and ISPS-certified port and has become a main line port having direct connectivity to more than 50 ports around the world.

New Mangalore Port is a small water af, all-weather port at Panambur, Mangalore in Karnataka state in India, which is the deepest inner harbour on the west coast. It is the only major port of Karnataka and the seventh largest port in India. It is operated by New Mangalore Port Trust (NMPT).

V. O. Chidambaranar Port Trust is one of the 13 major ports in India. It was declared to be a major port on 11 July 1974. It is second largest port in Tamil Nadu and third largest container terminal in India. V. O. Chidambaranar Port Trust is an artificial port. This is the third international port in Tamil Nadu and it is second all-weather port. All V. O. Chidambaranar Port Trust’s traffic handling has crossed 10 million tons from 1 April to 13 September 2008, registering a growth rate of 12.08 per cent, surpassing the corresponding previous year handling of 8.96 million tons. It has services to USA, China, Europe, Sri Lanka and Mediterranean countries. The Station Commander, Coast Guard Station Thoothukudi is located at V. O. Cochin Port or Kochi Port is a major port on the Arabian Sea – Laccadive Sea – Indian Ocean sea-route in the city of Kochi and is one of the largest ports in India. It is also the first transshipment terminal in India. The port lies on two islands in the Lake of Kochi: Willingdon Island and Vallarpadam, towards the Fort Kochi river mouth opening onto the Laccadive Sea. The port is governed by the Cochin Port Trust (CoPT), a government of India establishment. It was established in 1928 and has completed over 90 years of active service.

The Kochi Port is one of a line of maritime-related facilities based in the port-city of Kochi. The others are the Cochin Shipyard, the SPM (single point mooring) facility of the Kochi Refineries, an offshore crude carrier mooring facility; and the Kochi Marina.

Mormugao Port Trust (MPT) is a port on the western coast of India, in the coastal state of Goa. Commissioned in 1885 on the site of a natural harbour, it is one of India’s oldest ports. The port employs around 2,600 employees and has about 4,000 pensioners.

The Mormugao Port Trust, which operates the port, is the largest employer in the Vasco region and has a complete mini-township in Headland Sada which includes schools, residential complexes and amenities (like a hospital) for employees of the Port. 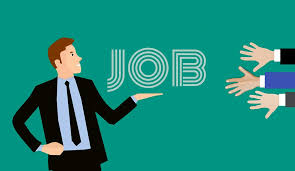 Seeking jobs??? After completion of graduation in Merchant Navy 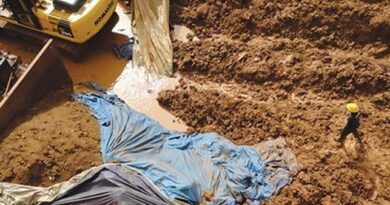 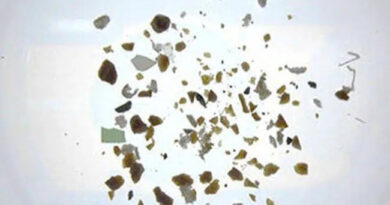