French fishermen blocked the entrance to ports and the freight entrance to the Channel Tunnel on Friday to call attention to their ongoing dispute with Great Britain over fishing licenses. They disrupted cross Channel ferry service for a time as well as the arrival of cargo ships into the ports as they staged symbolic protests in the long-running dispute on fishing licenses post-Brexit.

The protests started in the morning with an hour-long blocking of the port of Saint-Malo on November 26. News outlet Ouest France Tweeted a video of two fishing trawlers that took up position alongside one of the cross-channel ferries delaying its departure for an hour. Other fishing boats were positioned around the port and at the entrance to stop vessels.

At midday, they staged a similar protest at the port of Calais also disrupting ships from arriving and departing for 90 minutes. The demonstrations concluded by simultaneously blocking the port of Ouistreham and the road entrance to the Channel Tunnel. Images showed trucks backed up for miles along the highway, but the operators of the cross-channel trains said they would run extra service after the protest to help clear the backlog.

The Brexit deal agreed to on December 24, 2020, between the U.K. and EU included provisions for the issuing of fishing licenses to British waters which had been readily available before Brexit. The national and regional organizations of France’s Committee for Maritime Fisheries and Marine Breeding (CRPMEM) say the British have not been living up to the terms of the agreements and delaying the issuing of fishing licenses to prime areas.

“French fishermen will therefore mobilize on Friday, November 26, in order to defend their just and legitimate demands and to prevent the British obstruction from affecting other future negotiations,” CRPMEM said announcing its planned actions. They said in addition to seeking to complete the deferred licenses, future issues remained for negotiation regarding the definition of the methodology for replacement vessels, quota levels on stocks shared with the United Kingdom, and the technical measures which will define the conditions under which the activity of European vessels can be carried out in British waters.

By their count, the French fisherman said the U.K. has issued more than 950 licenses this year. They however also said that over 200 applications are pending and certain areas have been totally blocked. For example, they cited that all of the licenses for the area near Guernsey are pending while nearly half of the applications for Jersey and 40 percent of the licenses in the 6-to-12-mile zone are pending.

“If the demands of the fishermen were to go unheeded, then consideration would be given to transforming this ‘warning shot’ into other types of action,” CRPMEM said. “We once again call on the European Commission and the French government to unite behind their fishermen and to redouble their efforts to find a solution.” 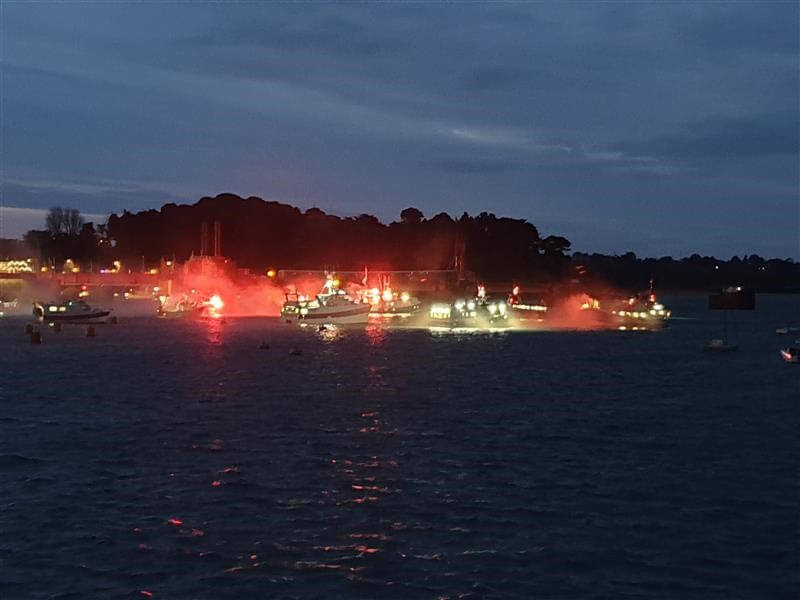 The fishermen have been complaining for weeks about the licensing issues finding multiple ways to call attention to their issue. The latest demonstrations, however, come at a time when tensions between the countries were already flared by the death of 30 migrants in the Channel when their rubber launch was reportedly hit by a containership. Prime Minister Boris Johnson on November 25 sent a formal letter to France’s President Emmanuel Macron calling for France to do more to stop the steady stream of migrants crossing the Channel. France says that it has increased its efforts and the EU must do more to stop migrants’ movement across Europe and attempts to enter France in their efforts to reach the U.K. 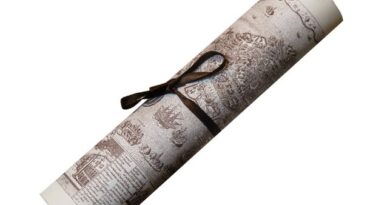 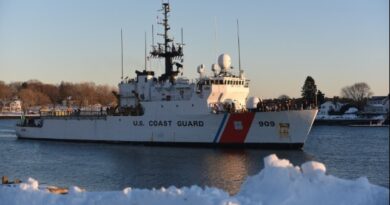 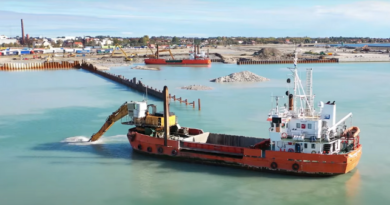 One Missing After Dredger Capsizes at Port of Trelleborg